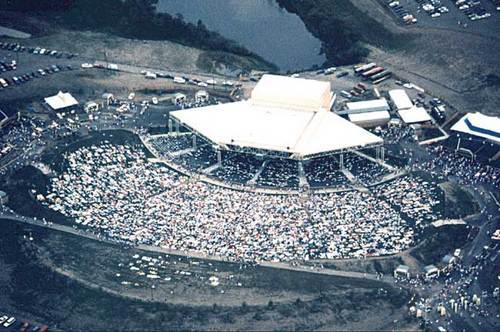 The First Niagara Pavilion, previously known as the Coca-Cola Star Lake Amphitheater and Post-Gazette Pavilion, is an outdoor amphitheater in Burgettstown, Pennsylvania, United States, 25 miles west of Pittsburgh. With a maximum capacity of approximately 23,000 fans, with 7,100 in a reserved seated open-air pavilion and the remaining 16,000 on a general admission lawn. Owned and operated by LiveNation, First Niagara Pavilion is a dedicated fan site with the latest ticketing information and schedule.

Janet Jackson was scheduled to perform during her Rhythm Nation World Tour on September 3, 1990, but the show was cancelled.

Rush performed for the first time at the Post-Gazette Pavilion on their R30: 30th Anniversary Tour on May 31, 2004.

Fleetwood Mac were scheduled to perform during their Say You Will Tour on June 10, 2004, but the show was cancelled.[3]

Kings of Leon were scheduled to perform during their Come Around Sundown World Tour on September 7, 2010, with The Whigs and The Black Keys as their opening acts, but the show was cancelled, due to scheduling conflicts.[4]

Jimmy Buffett has performed at First Niagara Pavilion nearly every year since it opened in 1990.[5] The only exception is when Jimmy played PNC Park in 2005. 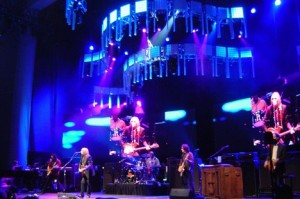 The Post-Gazette announced, in February 2010, that it had not renewed its contract for naming rights to the facility.[6]