Experience a night of  genuine American country music. Zac Brown Band will be performing live at The First Niagara Pavilion in Burgettstown, PA on July 15, 2012. 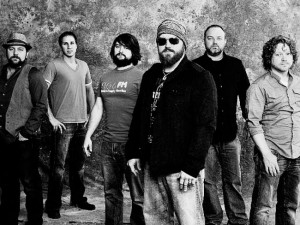 If Zac Brown were to offer a piece of unsolicited advice to today’s music hopefuls, he would say that his secret formula to overnight success is that it could not be achieved overnight. He attained it by travelling and touring endlessly, performing more than 200 gigs in a year.  Zac Brown formed his band in 2002, yet made his breakthrough commercial success in 2008.  In between years, he and his bandmates Jimmy De Martini (fiddle, vocals), John Driskell Hopkins (bass guitar,vocals), Coy Bowles (guitar, keyboards), Chris Fryar (drums), Clay Cook (guitar, keyboards, mandolin, steel guitar, vocals), and Daniel de los Reyes (percussion), formed his own label, independently released albums, and toured some more, even bought their own tour bus to do more gigs in clubs and jam band music festivals.

Obviously, the Zac Brown Band were not spoon fed with success in a silver platter.  They patiently toiled and toured until Atlantic Records took over the distribution of a previously released single which they re-recorded. “Chicken Fried” zoomed to number one at the the country charts, making them the first country band to reach number with a debut single.  From the years 2009 to 2011, their career has been decorated with nominations and awards from major music award giving bodies like the Grammys, CMT Music Awards, Academy of Country Music, and The Country Music Association Awards.