X-Fest 2018 is coming to the KeyBank Pavilion, Burgettstown, on Saturday June 2nd!

To mark the 20th Anniversary of X-Fest, 105.9 The X radio will be presenting Jack White, Cold War Kids, AWOLNation, Sir Sly and more as yet unannounced acts.

Jack White is currently on tour in support of his new album, Boarding House Reach!

A presale has already taken place, limiting the supply of tickets available to the general public, so if you want to see the 20th Anniversary X-Fest at the KeyBank Pavilion, buy your tickets today whilst there are still some left. 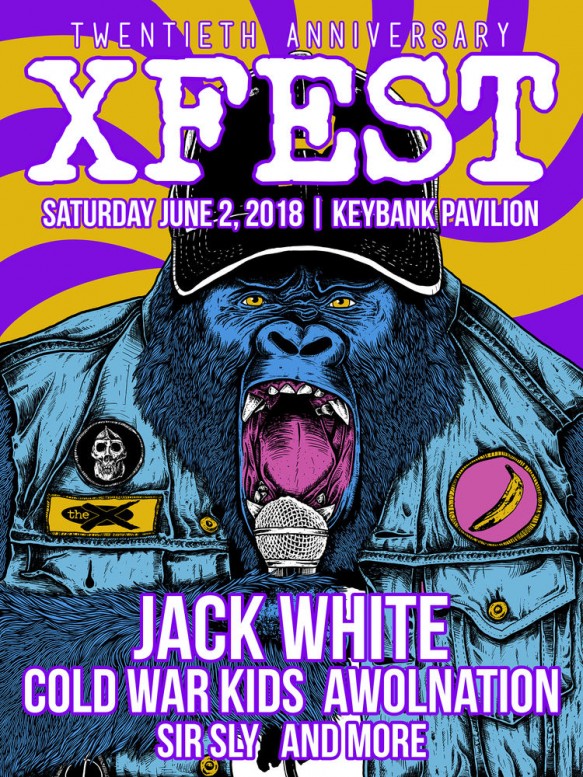