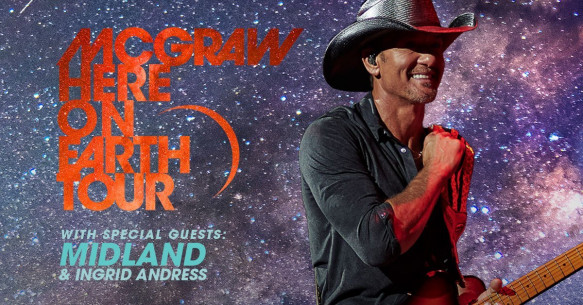 Tim McGraw will perform at the KeyBank Pavilion stage on  July 31, Friday. Coming from Delhi, Louisiana, McGraw is known for his chart-topping hits. Some of these songs include Don’t Take the Girl, Indian Outlaw and Something Like That. To date, he was able to sell 40 million records. And for those who may not be aware of, music is something that he greatly shares with the love of his life, Faith Hill. McGraw is also known for his hit albums who were able to achieve the top spot in the Billboard charts. He won several awards including the Grammy’s , Country Music Association Awards and Academy of Country Music Awards. Aside from this, he also ventured into the acting scene as became part of the films including Flicka, The Kingdom and Four Christmases. Do not miss this one of a kind performance so get your tickets now!