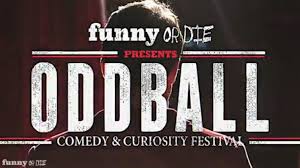 The most coveted and highly sought after event of the season is all set to debut itself in Pennsylvania. The Oddball Comedy and Curiosity Festival is all set to entertain the gathered audience and promises a night filled with laughter and more laughter. The event will be held at the First Niagara Pavilion. This night dedicated to comedy and fun starts at 5 p.m. and is scheduled to go on till 11 p.m. on the 30th of August 2013. Make sure to get your tickets in advance to this popular show.