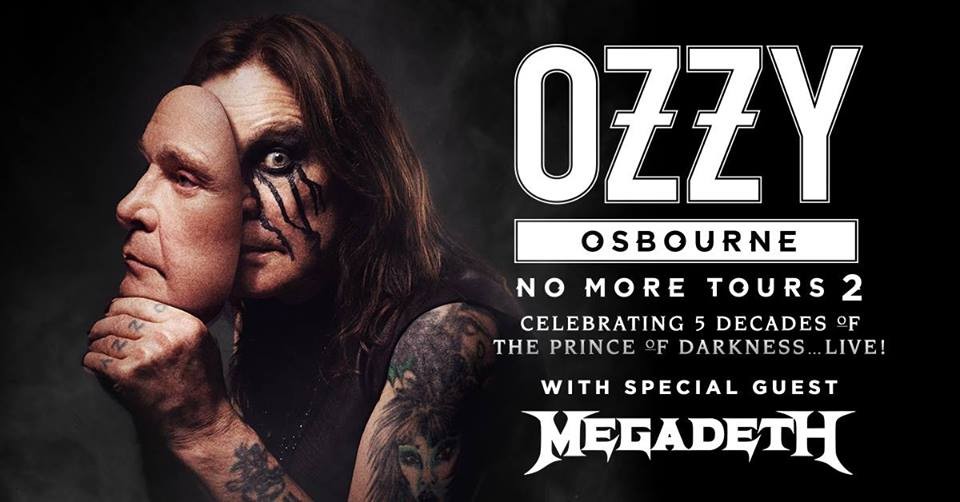 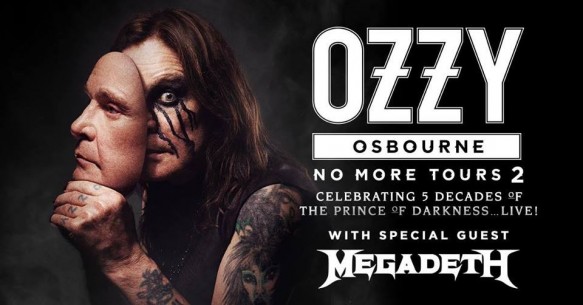 Ozzy Osbourne is coming to the KeyBank Pavilion, Burgettstown, for his No More Tours 2 tour on Thursday June 13 with special guests, Megadeth!

No More Tours 2 is Ozzy Osbourne’s last full world tour, with dates in Europe, Australia and Japan following the US leg.

Ozzy has been described by Rolling Stone as a consummate showman and has been active since 1967, being the lead singer of Black Sabbath! Nicknamed the Prince of Darkness he’s also become a reality TV star since appearing on The Osbournes and Ozzy & Jack’s World Detour.

Tickets for Ozzy Osbourne and Megadeth for the No More Tours 2 tour at the KeyBank Pavilion are selling fast and in limited supply, so buy your tickets NOW before they completely sell out.