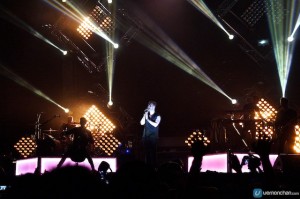 OneRepublic the band that has proclaimed itself as a generless musical bunch is all set to perform live in Pennsylvania. This season witness this highly popular band perform some of their top charting numbers. The band will be seen performing at the First Niagara Pavilion located in Pennsylvania.Watch them as they perform ‘Apologize’ and other hits at the concert venue on the 8th of August 2014. The above mentioned song holds the record of reaching 3 million downloads.