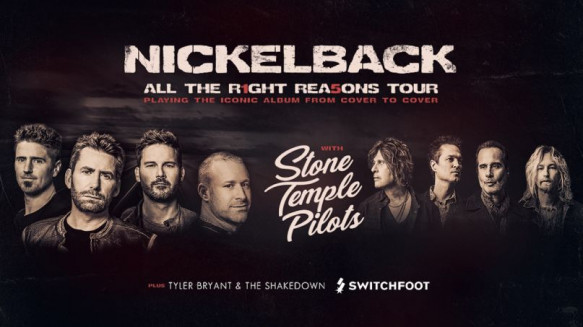 Nickelback will perform on the stage of KeyBank Pavilion on June 30, Tuesday Formed in 1995 at Alberta Canada, Nickelback is one of the pioneers of heavy metal rock and pop rock.The band members are Chad Kroeger on lead vocals, Mike Kroegre on bass, Ryan Peake on guitars and keyboards plus backing vocals, and Ryan Vikedal on drums. Throughout the Canadian music industry, this band is known to be the most successful in sales as they were able to sell 50 million album copies. In that decade, they were recognized as the most successful rock group and their hits continuously landed on the charts. Their albums even became listed on Billboard’s top albums of the decade list. This award winning band is signed under EMI and RoadRunner Records. Some of their most famous songs include Photograph and Far away. Don’t miss Nickelback and their topnotch rock music prowess and get your tickets now!