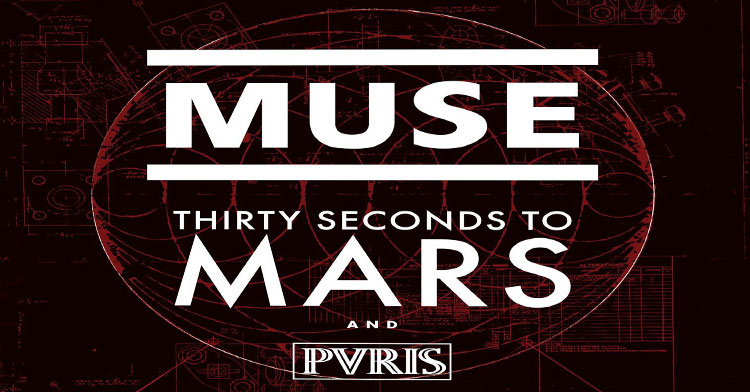 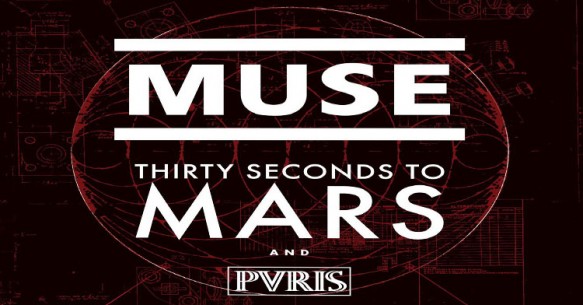 Back in August, Thirty Seconds to Mars teased a 2017 release for their fifth studio album. The video showed the band secluded in a desert location working on fresh music. After a highly publicized legal battle with EMI and Virgin, Thirty Seconds revealed they had signed with Interscope to release the upcoming full-length.

As for Muse, the popular English band are seventh albums into their career, with the latest, Drones, seeing a 2015 release. Muse have been touring hard to support the record, performing 150 gigs throughout 2015 and 2016.

Tickets for Muse at KeyBank Pavilion are selling fast. Buy your tickets today and get free shipping and no hidden fees before they sell out.