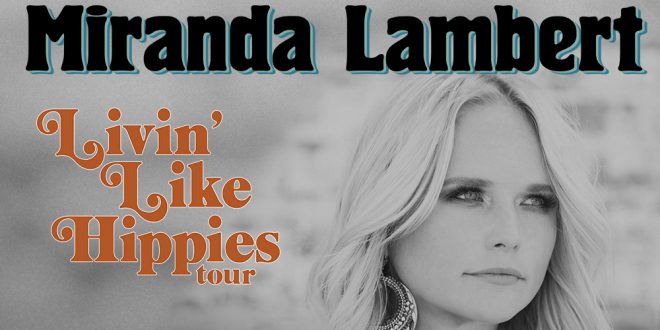 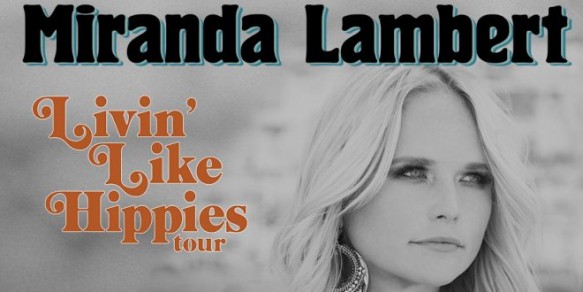 Taking its name from the lyrics of her song Highway Vagabond from the platinum-selling double LP The Weight of These Wings, the show will also feature Jon Pardi.

Miranda Lambert is already selling out venues for her 2018 tour, most recently the Infinite Energy Arena in January, largely due to winning 13 County Music Association awards and the phenomenal success of The Weight Of These Wings!

If you want to see Miranda Lambert and her Livin’ Like Hippies tour this summer at the KeyBank Pavilion, Burgettstown, buy your tickets NOW before they also sell out!