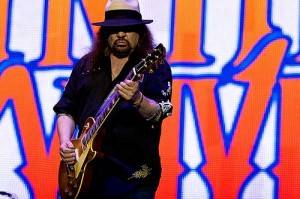 The popular bands Lynyrd Skynyrd & Bad Company are scheduled to perform together on the 19th of July 2013. The two exceptionally talented bands will be performing at the First Niagara Pavilion in front of hundreds of gathered fans. The two rock bands are known for their extraordinary music and will be presenting their hit singles at the event. The concert is scheduled to commence at 5 p.m. it is expected to perform before a sold out crowd gathered at Burgettstown