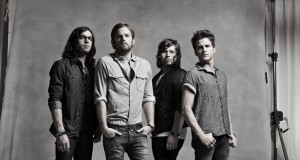 Kings Of Leon, Young The Giant and Kongos are bringing the Mechanical Bull Tour to First Niagara Pavilion!

The 6th album from Kings of Leon, Mechanical Bull has already featured 2 huge singles and was a chart topper for 2013.

This is a show you do not want to miss. Tickets are availabl now but selling fast.