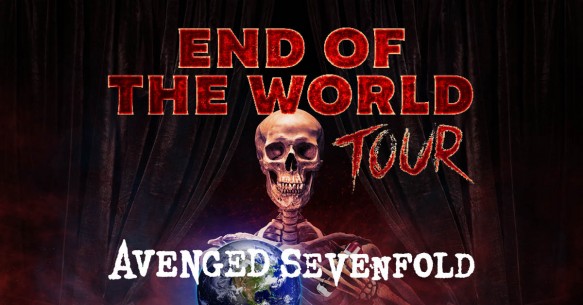 We are ringing in the rapture in style as Avenged Sevenfold, Prophets of Rage and Three Days Grace come to the KeyBank Pavilion, Burgettstown, for their End Of The World Tour on Friday 3rd August!

There are some select VIP options this tour, including a better than ever Paradigm Lounge with exclusive memorabilia like the Unholy Confessions book.

A presale has already taken place, artificially limiting the availability of tickets to a select few, so make sure to buy yours now whilst some are still available.

If tickets are sold out, the End Of The World Tour is part of the Ticket To Rock exclusive lineup, which is also selling fast, but might be available here.