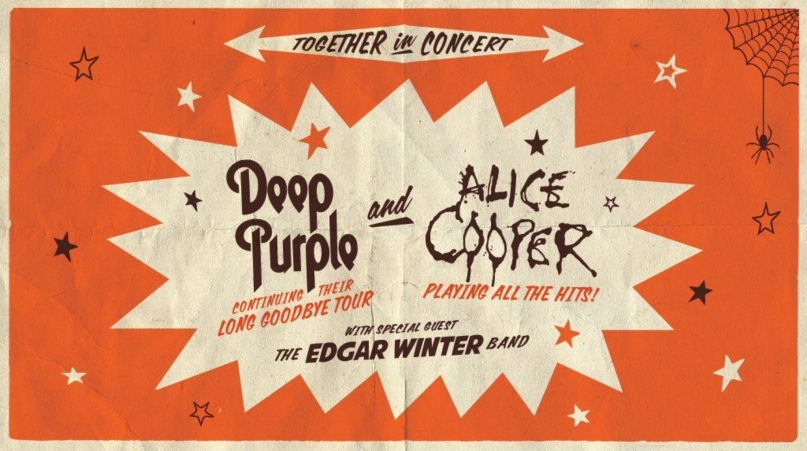 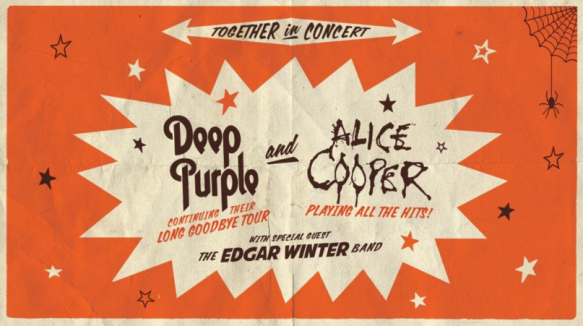 Music history will be made when Deep Purple and Alice Cooper come to the KeyBank Pavilion, Burgettstown, on Friday 1st September, joined by special guest The Edgar Winter Band! The tour will also serve as the Long Goodbye tour for Deep Purple.

Deep Purple’s studio album, InFinite, is set for release on April 7 via earMUSIC featuring 10 new tracks in the spirit of the ’70s. The metal pioneers have released five studio albums since 1996, augmented by an abundance of solo work and special projects from members Ian Gillan, Roger Glover, Ian Paice, Steve Morse and Don Airey. Fans will be thrilled as they cover decades of favorites for this tour.

Alice Cooper’s touring band features the three-guitar attack of Nita Strauss, Tommy Henriksen and Ryan Roxie, backed by longtime bassist Chuck Garric and drummer Glen Sobel. The legendary rocker is currently at work on a new studio album that finds him reuniting with his old bandmates

A ticket pre-sale has already taken place for American Express card holders so availability to the general public is limited and in short supply. If you want to see Alice Cooper at the KeyBank Pavilion, Burgettstown, buy your tickets today whilst they are still available.