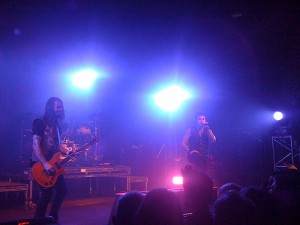 The Carnival of Madness is finally going to set foot in Pennsylvania. This is going to be one music festival that will send the fans on a music journey like no other. The festival will be hitting the First Niagara Pavilion on the 20th of August 2013. The fans gathered in Burgettstown will witness the performances from some of the top bands in the music industry. The  Carnival of Madness is surely a highly anticipated event as it features the likes of Shinedown and Papa Roach.